A year ago today

December 17, 2009
It has been a year since my mom went to UAMS for what we believed would be a short stay. As you know, things turned out very differently. Eleanor and I have talked a few times over the past week about how sad we feel. Neither of us thought this time of year would be difficult, but we were quickly proven wrong.
A year ago my mom started acting out in some unusual ways. She stopped eating, drinking, and sleeping. She refused to take her medicine on most occasions, and spent a lot of time talking to herself in the mirror. Eleanor was telling me tonight that she remembered trying to get my mom to go to bed last December 16. Mom was so upset and confused and didn't want to leave her "friend" in the mirror. The next day I got a call from my brother George. They had to take my mom by ambulance to UAMS. That morning she became severely agitated and was uncontrollable. The hope was that after a short stay at the hospital she would be evaluated, regain normal fluid and electrolyte levels, and return home before Christmas. After two days at UAMS we learned several things. The two major ones were that She suffered from a UTI which contributed to her behavior problems. And, on a dementia scale of 1 to 7, with seven being the most severe, Mom was at a 6. It was then recommended that she go to Baptist Geriatric Psych for further evaluation and to get her medicine controlled. I can't even remember exactly how long she stayed at Baptist. I think it was around three weeks. While she was there we learned from the social worker that they would not release her to go back home. They said that even with care at home there was no way to make a home environment safe for her. Our option was a 24 hour care facility. My dad and I spent the week of Christmas visiting nursing homes and talking to them about her situation. After PV agreed to take her, we all agreed that was our best option. A year later, we are still there.
My sister was telling me tonight that one of her friends told her she didn't know how Eleanor got out of bed every morning. Sometimes I wonder how we all go on without my mom, too. She was our world, and we were hers. Some days, especially when I'm in Little Rock, it would be a lot easier to stay in bed, to pretend nothing ever happened. But we move on, we press on everyday, because we know she would want us to. I think one of the hardest things to think about going forward is that as much as I've grieved over the past year, there is still a lot of grieving yet to come. And, when we finally send her home to Jesus I know another kind of grief will overwhelm me.
Thankfully, I can say my family is truly closer than ever. My siblings and I have watched our dad fall more and more in love with our mom while caring for her each night. It is one of the richest blessings from this past year - to know our mom was loved well. 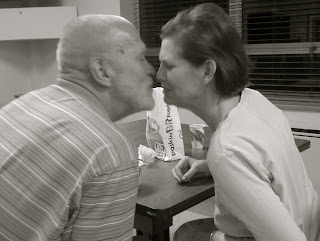 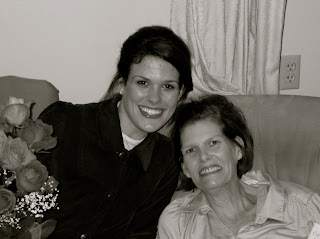 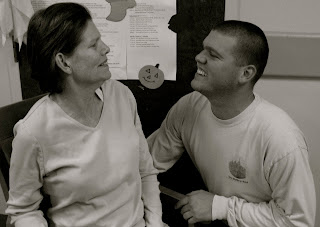 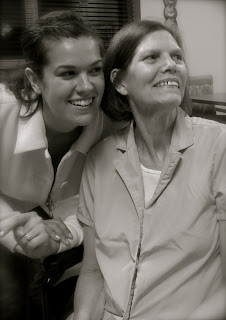