A Reason to Hope

November 05, 2009
Webster defines hope in several ways: to cherish a desire with anticipation, to desire with expectation of obtainment, or to expect with confidence : trust. 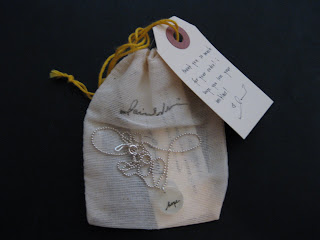 What is hope to me? Honestly, I had never really sat around and pondered the word hope until I learned about Alzheimer's and how it was affecting my mom, my family, and ultimately how it would change my life. I knew I had faith in God, I knew I had blessed assurance of eternal life with Him, I knew I received the grace of the Cross when I asked for forgiveness for my sins. I just never had to think about the hope part of it.
I lived a pretty cushioned life. Reid likes to call it my "bubble." I lived in a town that was not to big, but not to small. I went to private school. I knew one homeless man named Carl. He had actually chosen to be homeless and at any time could use the phone at my dad's store to call his brother to come pick him up. So, he had a home, he just liked to camp out under a bridge for a long periods of time. I never knew poverty. Not like the kind in a third world country or even South Dallas. Until ninth grade I had never known anyone that died. There would be several more people I knew who were taken by cancer or car accidents before I graduated college. Almost every time there was a death someone would say, "It was God's will." This to me was so contradictory of the God I knew, and it was going to take several more years to finally understand hope.
In the midst of thinking that death and suffering were basically God's will, my mom was diagnosed with Alzheimer's. I spent most of the years that followed being angry, anxious, burdened my fear - on the outside I held it together, but my heart was restless.
My search began about the time my mom went into the hopsital unexpectedly at Christmas-time last year. I spent a lot of time talking to God. My pocket size bible never left my purse - it was like a form of soothing medicine for me. I went to counseling. I read as many books as I could be my hands on - and I'm still reading...
I think one of the most profound things I've learned is that poverty, disease, death, suffering, etc. were not God's intentions for His people when He left Adam and Eve in the Garden. It is because of sin that we have been separated from perfection on Earth, but God sent His Son to die on the Cross so that we might HOPEin life everlasting.
Is it easy for me to put my hope in this everyday? No. I would be acting like I'm perfect if I did. Its a struggle. Its a conscious decision I have to make - a decision to be made everyday for the rest of my life. There are days I am so tired of hoping. Days like today, in fact. When I finally feel like I've wrapped my head around everything with my Mom and I find out a family friend has terminal cancer. But I'm reminded that it is OK to wrestle with God. He can handle me. Is it not in those times that He draws us closer to Himself?
So, I ask you this: (the answer to this is not for you to leave as a "Comment," but for you to dwell on) Where is your HOPE? Is something keeping you from putting your HOPE in the Lord?