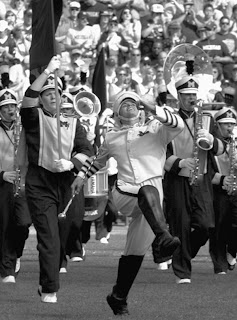 Sometimes I wish I carried around a video camera all day. Especially when I am having conversations with Luke. Yesterday, Luke and I sat down to make out a goal chart that he will try to complete everyday. The goals include: no whining, watering his plants, brushing his teeth, picking up his toys, etc. Simple things that we will work on together, and hopefully he will start learning more independence. When we finished making out our list it was time to talk about what his reward would be for each day he completed the goal. I thought 25 cents sounded reasonable. That would give him an allowance of about $3 a week if he completed all of the goals on the chart. Luke told me a quarter was not what he wanted. "Mare," he continued, "I like toys, like a lot of instruments. I want my reward to be a flute, a clarinet, and a hart (harp)."
OK, lets talk about this. Several things I would like to point out. First of all, the kid knew 25 cents was a quarter... Awesome. Second, should I be embarrassed that a 3 year-old knows more about instruments than I do? Probably. And lastly, his dad and I decided we need to introduce some more manly instruments ASAP! But sweet Luke just wants a flute so badly. One of Luke's new favorite things to do is play "marching band" with the small instruments set he already has (they are for someone Emerson's age, but Luke still thinks they are his). The picture above reminds me of what Luke looks like as we march around the house making "music."