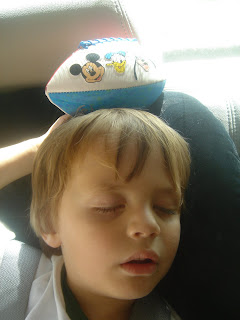 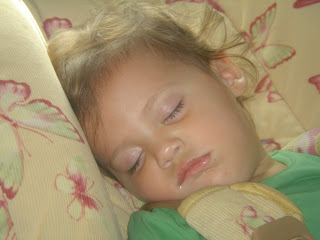 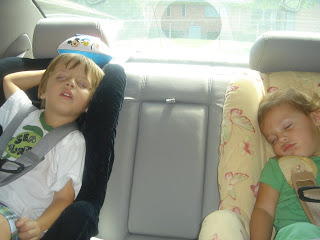 Emerson and Luke were worn-out after lunch and play at Chick-Fil-A with Annalise on Monday. I was able to get some of these cute pictures while they stayed asleep in the cool car for a few minutes after we pulled in the driveway. They are such precious babies!
Also, I should mention that the Disney football on Luke's head was a gift he had just received from his "girlfriend" Annalise. Somehow, it stayed up on his head while he slept!