"Why You Didn't Fail As A Mother"

July 30, 2013
When we found out we were pregnant in November 2011 we were given a due date. That date was July 30. We would find out a few weeks later that making it full term wasn't going to happen while carrying four babies. Still, everything we did revolved around that date, how early they would be born was measured from that date, and, even now, everything we work on developmentally with Olivia is measured by that date.

Last night a website called Still Standing Magazine reposted a month old blog entry on Facebook. I don't think it was by coincidence that it showed up in my news feed. I think, on the eve of what would have been my girls' first birthday, God knew I needed to read it. It addresses so many of the lies I still battle to overcome. If you've ever lost a child - whether miscarriage, stillbirth, or any age after birth - I hope this touches you as it did me.


Why You Didn't Fail As A Mother
by Angela Miller 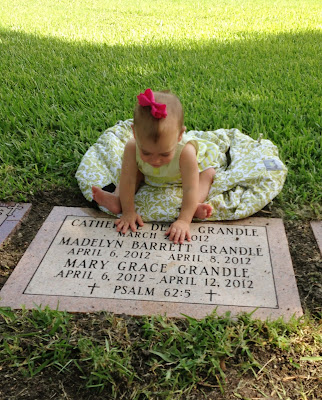