Back with Luke and Emme 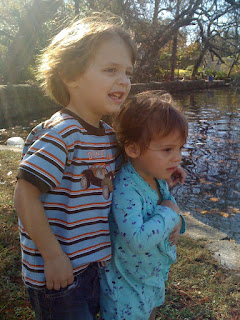 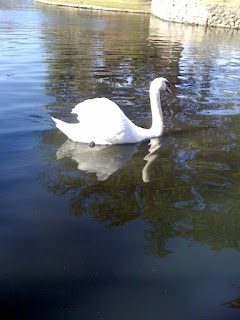 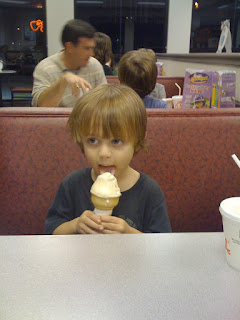 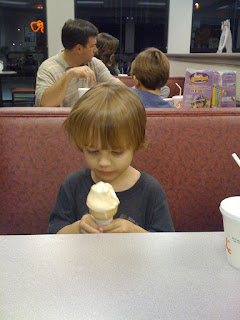 I got to see my little friends today! I missed them so much...and thankfully they were glad I was back, too. ;) After a morning check-up at the doctor's office, we played with their new toys from Christmas. What fun things Santa brought in his sleigh. UPS brought a package to the door this afternoon and Luke asked if it was Christmas Eve again. HA! The high in Dallas today was 75 and we spent the rest of the afternoon playing at the park and feeding the ducks at the pond nearby. There is a HUGE white swan that the kids thought was really funny. The pictures are from two weeks ago when we first met Mr. Swan.
Tonight, on our way home from the park, Luke said, "I am pretty sad, Mare." When I asked him why he was sad he said it was because he missed his Mommy and Daddy. I told him it was OK and that we  were going to have a fun night (they were out celebrating his dad's birthday) and preceded to list everything we would do together. Then he said, "Mare, just say, 'Poor Lukie'." Can't say I blame him, I liked my Mommy and Daddy a lot, too, when I was his age.
Luke asked to trade his prize in his kids meal at Chick-Fil-A for an ice cream cone like the kids at the booth sitting behind us did. He was concentrating so hard while he ate this cone. I wish I had a picture of Emme's face. She really didn't like the ice cream, but was pretty jealous he was holding such a fun looking toy. I think Luke had 10 licks and then was mad it was on his hands.
After Em went to sleep, Luke and I watched his favorite WOW WOW Wubzy before he went to bed. This show is not my favorite, and I had quite a hard time not nodding off. I like the kids shows with singing and dancing -aka The Backyardigans!
Anyway, there's a glimpse into the fun I had today. Hope you all had a great New Year and enjoy a restful weekend.